At the moment, Louisville holds a conflicting place in my heart.

For one, it has stolen my best friend for 4 months, as Matthew is required to complete a rotation in one of his bank’s regional offices, which just happened to be Louisville.
But at the same time, it’s somewhat like a temporary second home to not only him, but to me as well. Though I’m not living there right now, Matthew is; so day in and out, through phone conversations and texted photos, I experience Louisville with him. Plus, 3 weeks out of the 4 months he’s there, I’ll be working from home to spend time with him in Louisville; therefore, we’ll be making the most of the time we have together while exploring everything the city has to offer.

Those 3 weeks are probably the only time I will actually like Louisville. Otherwise, I’m not a fan, because, like I said, it stole my best friend and life is lonely without him here in Denver. But this post is not to dwell on my personal dislike of Louisville. Rather, this post will highlight all of the things I’ve come to like and appreciate as we’ve ventured through the city.

~ Like the incredibly cheap flights when flying Allegiant into Cincinnati. Although it is an hour-and-15-minute drive from the CVG airport to Louisville, it is well worth the less-than-$80 round trips from Denver to CVG we constantly score when visiting one another. + it gives us a reason to explore Cincinnati a bit as well (some fun spots below)! 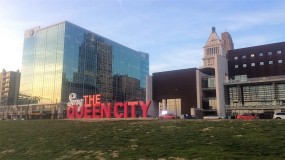 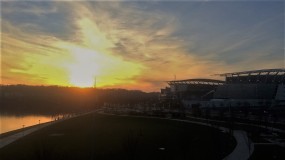 ~ Or how about Louisville’s bridges. One thing that both Atlanta and Denver are lacking is a river ~ a BIG river that allows for the construction of impressive bridges that are either car-friendly, pedestrian-friendly, bike-friendly, or all in one ~ bridges that connect 2 completely different parts of town, or in this case, 2 different states. 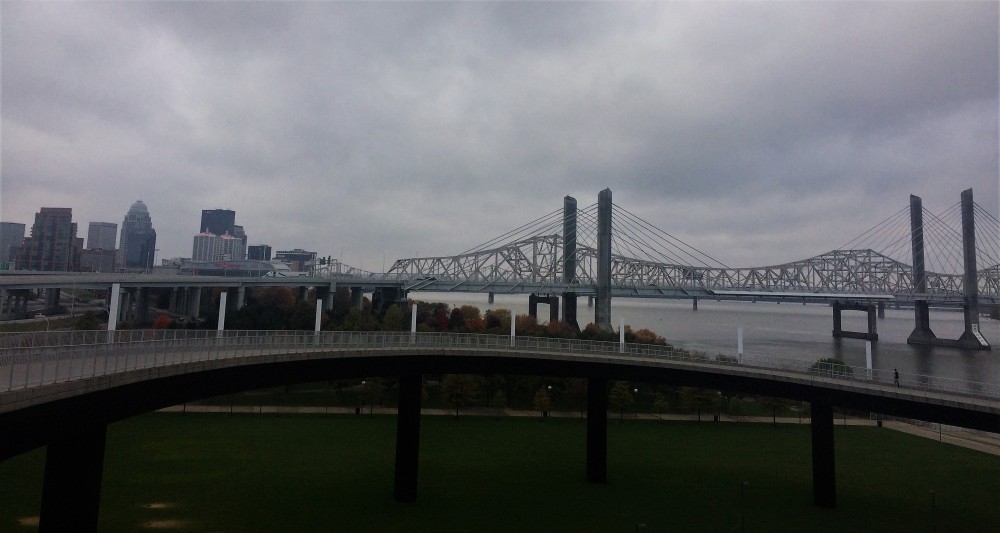 Or how about its numerous neighborhoods. From NuLu and downtown, to Old Louisville and  The Highlands, there’s an abundance of different scenes to explore. Denver is definitely superior in this aspect, since I feel that Denver’s unique neighborhoods are much easier to get to (thanks to the rail, bike paths, and easier navigation via car), but Louisville has a diverse set of spots that are honestly worth the drive.

Louisville also has some cool museums, but since Matthew & I aren’t the biggest history lovers, there’s only one that we took the time to visit, and of course, it was free. The 21C Museum Hotel has a super cool, free multi-venue contemporary art museum right in the city that I believe is a must-see while in Louisville.

And since Louisville is known for their bourbon (Matthew & I are not fans..but we did try the Jim Beam experience!), who would have thought that Louisville has some awesome breweries? – not anywhere near as many as Denver, but there are some cool spots in the neighborhoods that are worth checking out. A few of our favorites are 3rd Turn Brewing (resides in an old church built in the late 1800’s), Great Flood Brewing (they offer SO many fun, daily events + a killer coffee beer), and Gravely (a music brewery with a great stage set-up!). 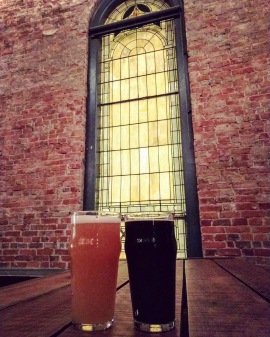 And although it’s not really a Louisville brewery, as it’s located in Lexington, KY, West Sixth Brewing has got to be our favorite one of all! The brewery shares its space with multiple non-profit and donates a good chunk of their profit to them! Plus, they offer a great, free, hour-long tour with several tastings and a take-home glass (pleasant surprise when we stumbled upon this spot).

Along with breweries, Louisville also offers a fantastic food scene. Not to mention some fantastic deals. I have become increasingly impressed with the selection of restaurants and the happy hours, Groupons and other random deals that went along with them. From an awesome Groupon for The English Grill at the Brown Hotel (inventor of the original Hot Brown), 1/2 off all burgers during happy hour at Stout Burgers, and happy hour with a free nacho bar at Chuy’s Tex-Mex , to enjoying the must-try Pazzo’s Pizza in Lexington, trying the reasonable and incredibly cheesy Skyline Chili, and re-visiting a tasty childhood favorite, Zaxby’s, the food we’ve had has been delicious!

On top of the restaurants we visited, we also had fun cooking up our own food at Cooking at Millie’s, a small cooking event venue offering all of the ingredients, cookware and instruction to create a tasty 3-course meal! Matthew actually gifted this cooking class to me as one of my Christmas presents, and we had a blast preparing & eating crab-stuffed mushrooms, blue cheese encrusted salmon, & a black cherry lava cake, all while sipping a bottle of wine. 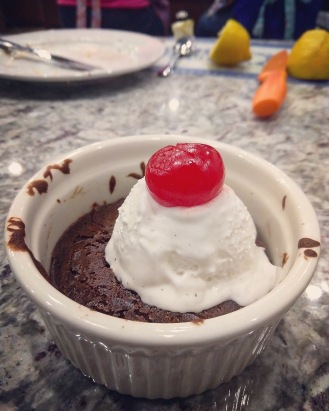 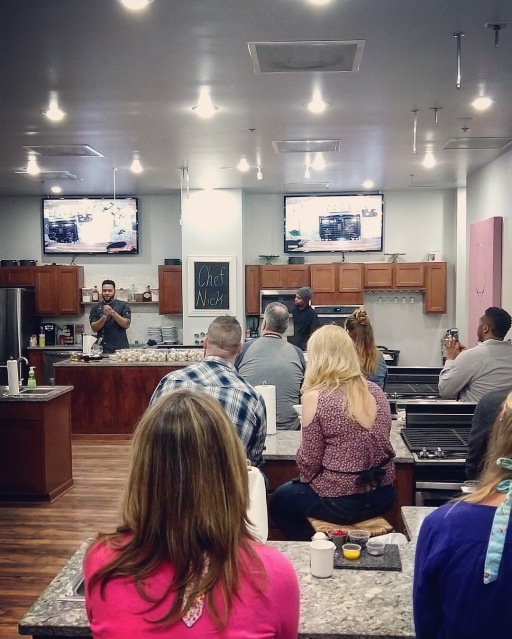 All in all, Louisville is a sweet spot to explore and we’ve made a lot of fun memories there; thus, it holds a sweet spot in my heart. But definitely not sweet enough for us to live there.